Brown Eramosa marble is a very elegant and sophisticated natural stone thanks to its brown chromaticism, with some green and beige shades and the parallel veins that cross every slab. This natural stone comes from Canada and, thanks to its strength and durability, it is used both for internal and external designs. The trait which makes Brown Eramosa so beautiful, is its ability to become the main character of the scene and, even if it can be described as a ‘rigorous’ material, to give a feeling of peace and serenity.

A new role for the floor

An unconventional project, where the floor becomes the main character of the whole space: this is the new idea for a sophisticated metropolitan project by the architect Mattia Ceccato. In this project, the use of Brown Eramosa marble for the entire of the floor is very interesting. However, its contrast with the walls in white onyx, which looks like the sky covered by soft white clouds, is astonishing too. The counterpoint with the soft veining of the Verde Picasso quartzite, used for on the top of the table and for the half-spherical lamp, is also awesome and it appears as a trait d’ union between the strictness of the Brown Eramosa and the soft artifice of the white quartzite. 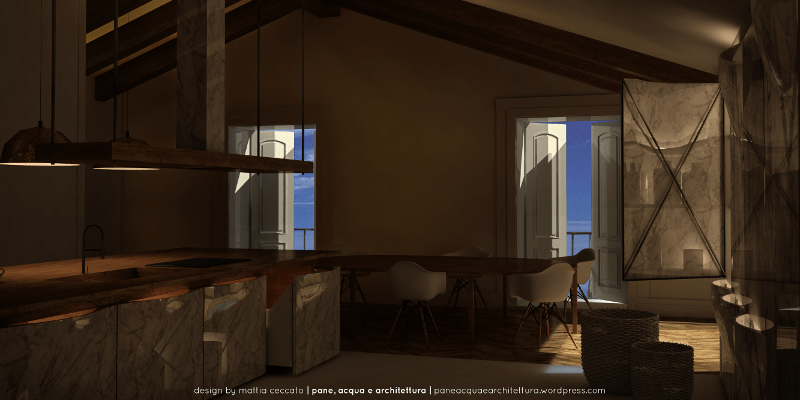 Relax comes from the natural stone