“Marble is a beautiful, natural, organic material with amazing properties and richness but we also tend to see it as a material of the past. In the new data-driven age we can sculpt and shape marble with new technologies to create sculpture that was once only possible by hand.

Venetian Gold has these capabilities, craftsmanship and know-how to produce some sculptures and forms that I created to make the marble have a presence and regality. I shaped these organic, fluid, liquid-like objects to directly address the time we live in. Creating inspiring objects is what drives me, and the opportunity to bring this collection to life, bringing the best out of the material and the design is really thrilling.” 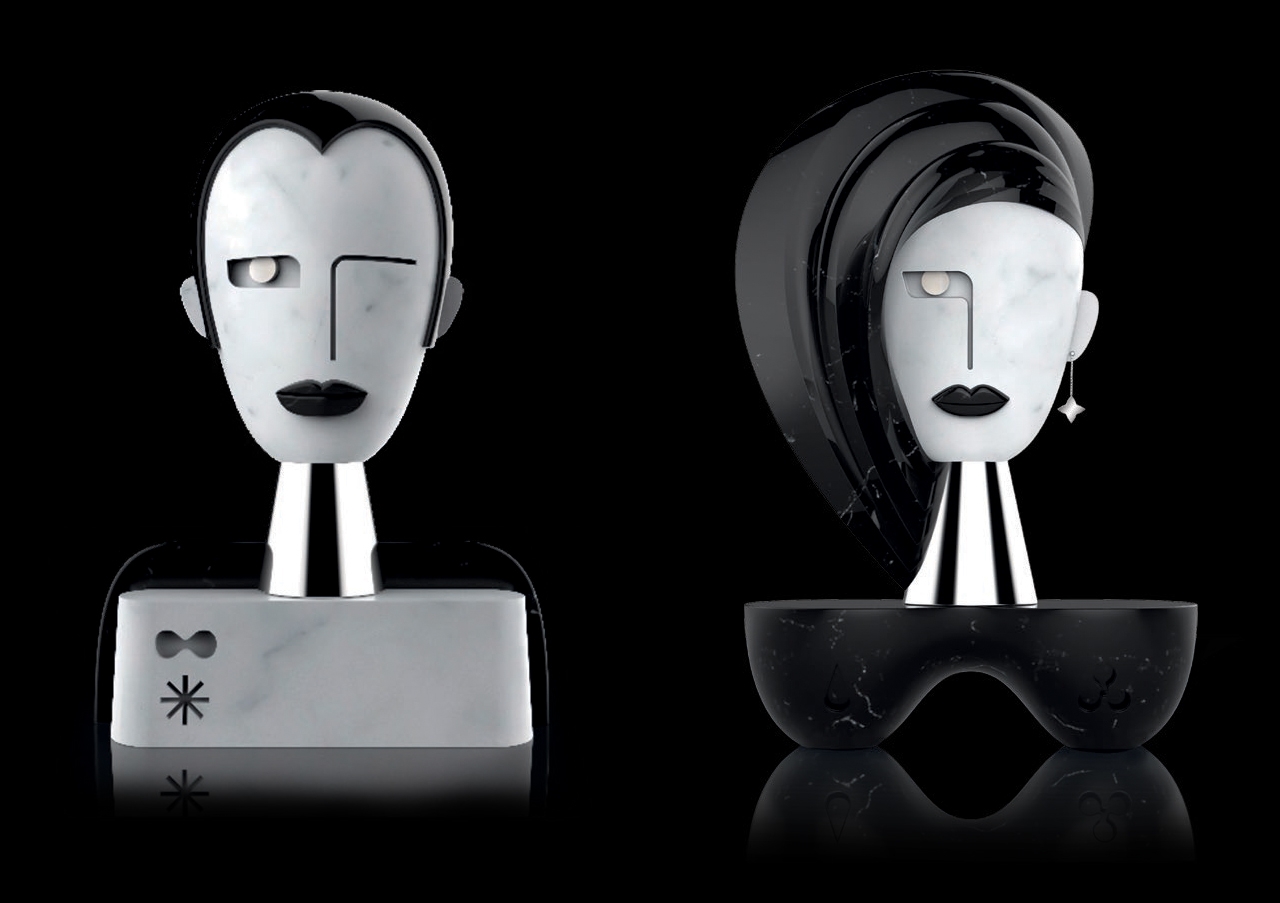 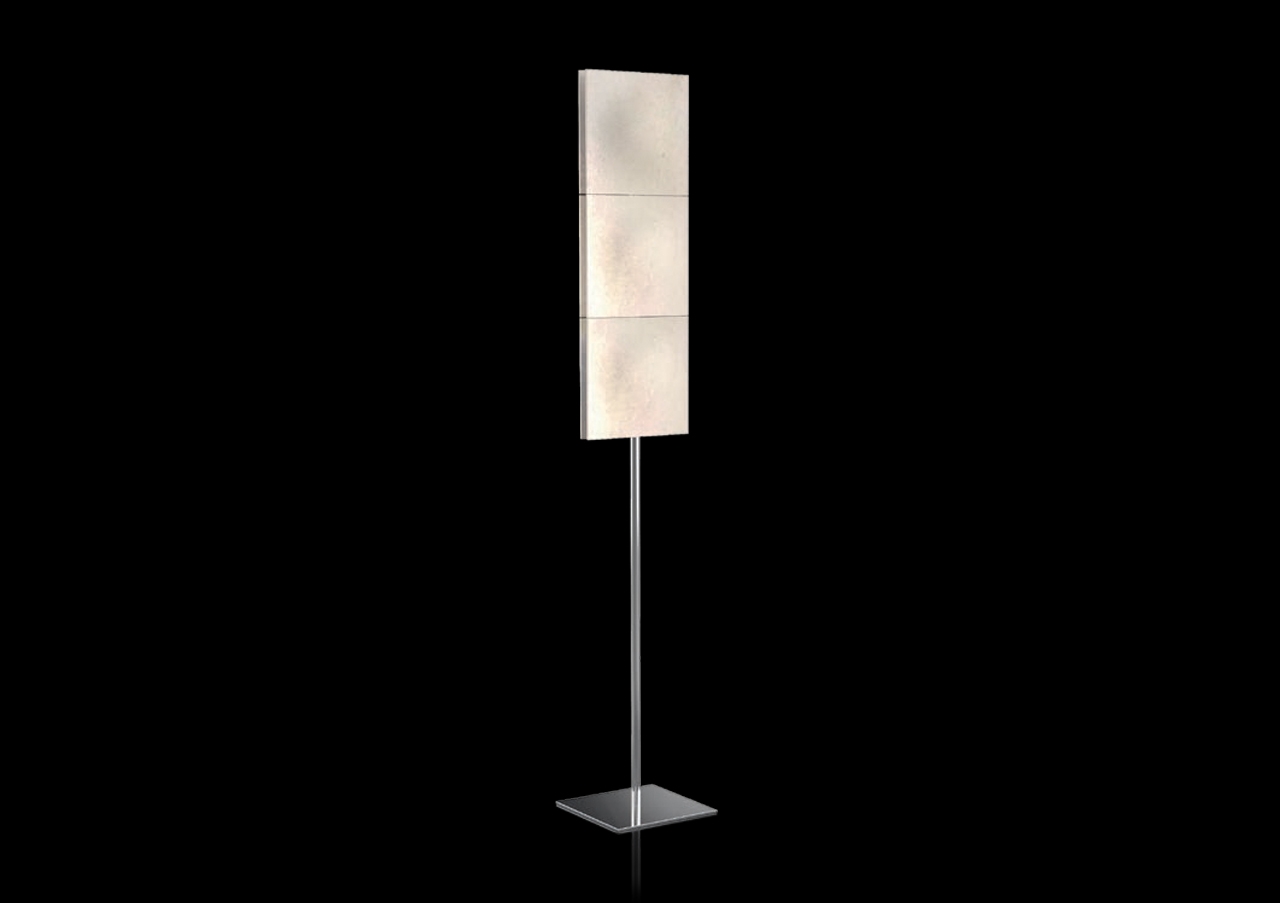 Visionary and prolific, Karim Rashid is one of the most unique voices in design today. With more than 4000 designs in production, nearly 300 awards to his name, and client work in over 40 countries, Karim’s ability to transcend typology continues to make him a force among designers of his generation. Karim’s influence expands beyond product to interiors, including restaurants, hospitality design, public environments and retail design. Additionally, he has collaborated on innumerable concept exhibitions for his clients bringing a unique multidisciplinary approach to architecture, investment, and development. Numerous awards and accolades attest to Karim’s contribution to the world of design. He is a perennial winner of the Red Dot award, Chicago Athenaeum Good Design award, Pentawards, and IDSA Industrial Design Excellence award. He holds Honorary Doctorates from Carlton University, Pratt Institute, OCAD in Toronto, British Institute of Interior Design, and Corcoran College of Art & Design Contemporary artwork created by Karim ranges from digital prints to public art/ installation and sculpture. His works are featured in 20 permanent collections in various art institutions worldwide, including Brooklyn Museum of Art, MoMA, and The Center Pompidou. He has exhibited across the globe and is a frequent contributor to the Venice Biennale. He is represented by Sandra Gering Gallery in New York City. A cultural shaper, Karim is a frequent guest lecturer at universities and conferences globally, aspiring to change the world by making design a public subject.

He is also regularly featured in print and digital platforms by media companies like CNN, Vogue, Elle, GQ, The New York Times, and countless more. This reach allows Karim to fulfil his ambition of disseminating the importance of design in everyday life. Karim’s latest monograph, XX (Design Media Publishing, 2015), features 400 pages of work selected from the last 20 years. Other monographs include From The Beginning, an oral history of Karim’s life and inspiration (Forma, 2014); Sketch, featuring 300 hand drawings (Frame Publishing, 2011); KarimSpace, featuring 36 of Karim’s interior designs (Rizzoli, 2009); Design Your Self, Karim’s guide to living (Harper Collins, 2006); Digipop, a digital exploration of computer graphics (Taschen, 2005); Compact Design Portfolio (Chronicle Books 2004); and classic titles Evolution (Universe, 2004) and I Want to Change the World (Rizzoli, 2001). In his spare time Karim’s pluralistic practice flirts with art, fashion, and music and is determined to creatively touch every aspect of our physical and virtual landscape.

The Venetian Gold marble furniture collection is what happens when metamorphic meets biomorphic. Comprising of a chaise, table, chair, table lamp, floor lamp, stool, stool table, and two sculptural busts, the collection boasts dynamic fluidity and visual texture. The natural texture on surface of the smooth marble perfectly complements the organic forms of the furniture. Each piece possesses eye-catching characteristics. Abstract yet functional, the Venetian Gold collection is a harmonious fusion of traditional and contemporary.

We are at your disposal for further information